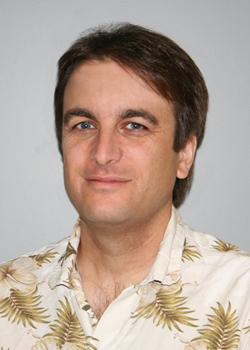 School Of Earth and Space Exploration

School Of Earth and Space Exploration

Steve Desch is a professor of astrophysics in the School of Earth and Space Exploration at ASU. His research focuses on developing models of star and planet formation, using data from meteoritics and planetary science. He especially studies the origins of chondrules and meteorites. He also works in the fields of exoplanets and astrobiology and is Principal Investigator (PI) of the NASA-funded NExSS grant to study geochemical cycles on exoplanets to aid searches for signs of life on other planets. He has modeled small icy bodies to explore the likelihood of subsurface water on Pluto and its moon, Charon, the asteroid Ceres, and others. He has recently advocated the concept of Arctic Ice Management, to study how to increase sea ice in the Arctic in response to climate change. Asteroid 9926 Desch is named after him.